Shopping Basket
Your Basket is Empty
Quantity:
Subtotal
Taxes
Delivery
Total
There was an error with PayPalClick here to try again

Thank you for your business!You should receive an order confirmation from Paypal shortly.Exit Shopping Basket

Whales are on the move! 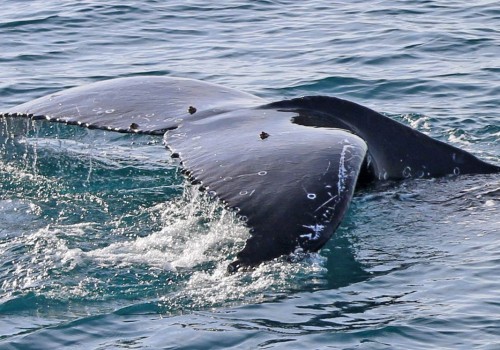 The tail of a spectacular Humpback Whale.

Each year between April and November, Australia's eastern coastline comes alive with Humpback Whales and the more rare Southern Right Whales, as they travel on their migration routes from and to Antarctica.  Now that Spring is here, they are heading back to their icy feeding grounds in the Southern Ocean, having spent winter in warmer waters, mating and giving birth.

Humpback whales migrate a mind-blowing 5,000 km on average, one of the longest migratory journeys of any mammal on earth!  They are known to go north to the tropical waters off Far North Queensland, whereas the Southern Right Whales head to the much cooler waters off the south coast of Australia, including Wilsons Prom, one of the most beautiful and remote areas in the world.

Without doubt, Humpbacks are the stars of whale migration, with their spectacular leaps into the air creating never-to-forget photo opportunities for those fortunate to see it.

Southern Right Whale females have their first calf at 6 or 7 years of age, and they then have one calf every three years. They are slow breeders, which is why their numbers have not recovered well from the whaling days of last century.  Female Southern Right Whales usually come back to the same coastal waters to raise each calf, often where they themselves were born.

Visitors to this corner of Victoria will have an ideal opportunity to view these magestic creature during October and November, when Wildlife Coast Cruises will conduct whale watching cruises around Wilsons Prom.   Additional cruises are scheduled during December, February, March and April.  Larry and I are fortunate to have been on several Wildlife Coast Cruises, and this Bed and Breakfast near Wilsons Prom can't recommend them highly enough.

For enquiries and bookings visit www.wildlifecoastcruises.com.au or call 1300 763 739.

Oops, you forgot something.

The words you entered did not match the given text. Please try again.

Reply rhigree
23:49 on 19 September, 2021
https://buyplaquenilcv.com/ - how long does it take plaquenil to work for lupus

Reply quedGuind
3:47 on 19 September, 2021
is.there anywhere you can buy zithromax